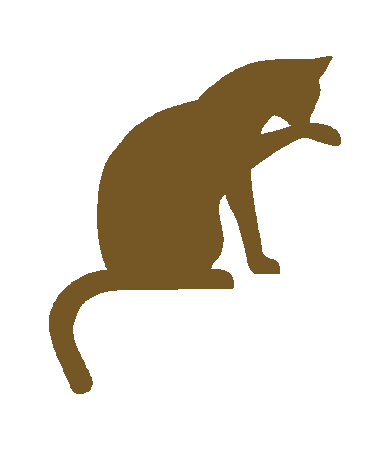 Raised in Winnsboro, Louisiana, Chris was always around animals. As a kid, he raised calves on the bottle and had many horses, dogs, and cats. His parents, Jim and Wilma Sullivan were owners of Sullivan’s Feed and Western Store in Winnsboro.

Building on his love of animals, Chris worked for Gowan Veterinary Clinic throughout high school. He graduated from Winnsboro High School in 1986 and married Dee Mulkey Sullivan (also from Winnsboro) on July 30, 1988.

Dr. Sullivan has individual memberships with the following organizations, with a goal of clinic accreditations: LVMA, NELVMA, AVMA, AAHA.

Why did Dr. Sullivan want to become a veterinarian? He says it’s simply because he loves animals. Not only does he love animals, but also he is deeply committed to his hometown of Winnsboro. Dr. Sullivan’s community involvement over the years has included:

The Sullivans have 6 children, ranging in age from 11 to 30, 2 grandsons, and 10 grand-dogs. It’s safe to say that they passed on their love of animals to their children. They enjoy LSU sports, RVing, and spending time with their children and grandchildren. Having adopted 2 of their children, they have a heart for adoption and for orphan ministry. The Sullivans encourage and support families who choose to adopt and foster children both nationally and internationally.

Pets are a given in the Sullivan household. Currently, they have 2 dogs, Lucy and Bo, 2 cats, William and Sebastian, and 2 horses, Cody Jack and Stunner. 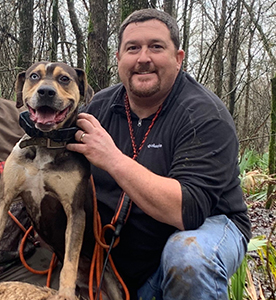 I started my partnership with Sullivan Veterinary Clinic on April 4th of 2022. When I was 3, my family and I moved from Greenville, MS to Rayville, LA, where I immediately became surrounded by and became deeply immersed in the deep roots of Richland parish agriculture. As an only child, I found companionship in my first pet, Ag Cat. Through elementary into high school, I was given many opportunities to help further my drive to become a veterinarian. I was able to show and ribbon numerous animals, in 4H, which furthered my love for animals. Animals have an unconditional love for humans, and I feel as a Vet, I can show them the same love while providing care for them.

In my experience in the veterinary industry, it’s not just one moment that I knew I chose the right profession, it is the daily opportunities to help people with their beloved pets which reminds me daily that I’m where I belong.

In 1999 I married my high school sweetheart, Crystal. We have 2 girls and a boy. Mary Madilynn (18), Mallory Jo (17) and Tripp (12). I serve as a deacon at Rayville First Baptist Church. I enjoy being involved with my children and have coached all 3 numerous years in church basketball, school softball, baseball, basketball and football. I have devoted several years of coaching to the local Dixie softball league and am presently still coaching Dixie youth baseball. I also enjoy spending time with my tracking dog, Uno and running with Tripp’s pack of beagles. 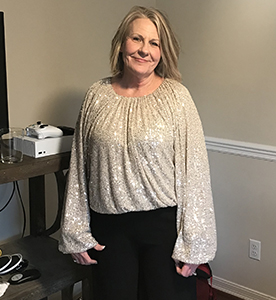 I was born, raised and continue to live in this area. I recently moved to Winnsboro to be on the lake. I enjoy my role at I really like this line of work. I love caring for ailing animals and nurturing them back to health. I enjoy working emergency circumstances and assisting with surgery and dental procedures the most. Outside of work, I have two amazing sons. One is 25 and married, while the other is a senior at Mangham High School this year. My personal hobbies include horseback riding, fishing, and everything outdoors. I enjoy spending time with my friends and family and hosting barbecues. 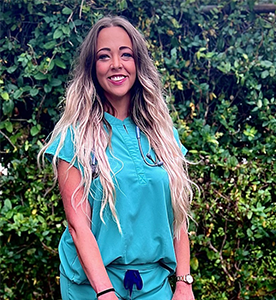 I am a veterinary technician. I’m a resident of Franklin Parish, and I graduated from Winnsboro High School; attended ULM and worked as an EMT-Basic for Northeast Louisiana Ambulance for 5 years. I was drawn to the veterinary industry because I have a love for the medical field and also a love for animals. I enjoy taking care of sick and injured animals, so it seemed like a natural fit for me.

I knew that I had made the right choice in my profession when a client brought their dog in specifically to see me because they said their dog loved me and was always so excited to see me.

Outside of work, I enjoy spending time with my family which consists of my 12 year old son, Grant, and my 5 year old daughter, Lucy. I can also be found spending time at the pool, working in the yard, or just hanging out with family and friends. 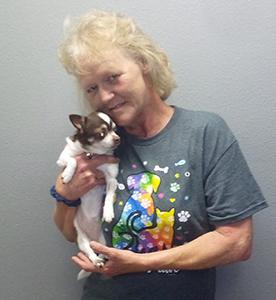 I work as a kennel attendant. I started working at Sullivan Veterinary Clinic of Colombia on May 10, 2021. My hometown is Fort Necessity, and I was born and raised there, went to school there, and I continue to call it home to this day. My dad’s whole side of the family lives in Columbia, too. Over the course of the past twenty years, I’ve been able to call Columbia both home and where I work.

I’ve always had a soft spot for animals, especially dogs of all sizes. I grew up witnessing my father care for sick horses and/or cows. If anyone in the neighborhood knew my father and had a puney, sick horse, or any other sickly animal, they made a beeline for our house!! That’s something I’ve always remembered! It’s tremendously rewarding to see an animal flourish in your care.

I guess the first time I realized I was in the right profession was when I had to care for a very sick dog named Cowboy. Cowboy was infected with parvovirus! I kept checking on him on a frequent basis, using “baby talk” to keep his spirits up and loving on him throughout the day. When I went to bed at night, I prayed for the little guy!! Cowboy improved day by day, and we were soon all well and healthy! For the first time since I started, I truly felt needed here at Sullivan’s. A little TLC goes a long way, much like medication, and I’m just who these babies require!

Outside of work, I am married to my husband, Mark and we just acquired our lil boy dog, Bobo. 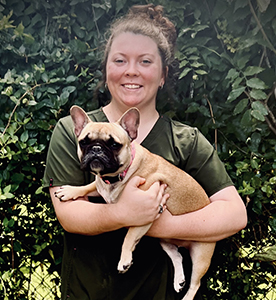 I work as a Veterinary Assistant and I started working here June 10, 2021.

Columbia, Louisiana is where I was born and raised. In the year 2020, I graduated from Caldwell Parish High School. I’ve always had a passion for animals, which led me to enroll in Northwestern State University’s Veterinary Technician Program. My favorite aspect of caring with animals is seeing them arrive unwell and then watching them recover and flourish.

I knew I was in the right profession after seeing an animal bounce back from being so sick that they were hanging on to the last little piece of life that they had left.

My family consists of the Shipps, Harpers, Minchews, Wheelers, and Rices, whom take pride in the small town we live in by being farmers, carpenters, mechanics, and being a part of the oil field industry. Some of my inspirations would be my mother and grandmother who have always told me that if I set my mind to something I can achieve it as well as to never depend on someone to get what you want in life and I am so grateful for them and their life lessons. 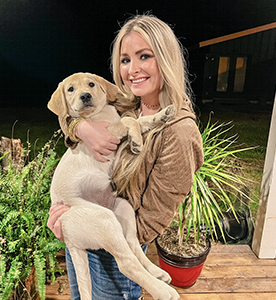 I work as a receptionist at the Sullivan Veterinary Clinic Columbia location.

I am originally from Hamburg, Arkansas. I attended ULM after graduating from high school and became an RDA. After the Pandemic in 2020, I switched from the dentistry industry to the veterinary field and have enjoyed every minute of it. I have always been very passionate about animals. My favorite part about working with animals is getting to spoil them before sending them back with their owner.

I knew I picked the right profession when I was given the opportunity to bring my dog to work every day while helping other animals.

Outside of work, I am married to Tanner Bowers, we have two fur babies named Sugar and Zoey. When I am not at work, I enjoy traveling, shopping, and spending time on the Lake with friends and family.

We use cookies on our website to give you the most relevant experience by remembering your preferences and repeat visits. By clicking “Accept All”, you consent to the use of ALL the cookies. However, you may visit "Cookie Settings" to provide a controlled consent.
Cookie SettingsAccept All
Manage consent

This website uses cookies to improve your experience while you navigate through the website. Out of these, the cookies that are categorized as necessary are stored on your browser as they are essential for the working of basic functionalities of the website. We also use third-party cookies that help us analyze and understand how you use this website. These cookies will be stored in your browser only with your consent. You also have the option to opt-out of these cookies. But opting out of some of these cookies may affect your browsing experience.
Necessary Always Enabled
Necessary cookies are absolutely essential for the website to function properly. This category only includes cookies that ensures basic functionalities and security features of the website. These cookies do not store any personal information.
Non-necessary
Any cookies that may not be particularly necessary for the website to function and is used specifically to collect user personal data via analytics, ads, other embedded contents are termed as non-necessary cookies. It is mandatory to procure user consent prior to running these cookies on your website.
SAVE & ACCEPT